It's an inspired combination, and here's a medley that gives you a taste of it.

I wish they'd done more than just the one album together.
Posted by That Neil Guy at 8:20 PM No comments:

Shatner Sings The Hits From Camelot

All hail his glorious toupee and bow to the will of the One True Shatner's sage words of advice.

Posted by That Neil Guy at 4:35 PM No comments:

Here's a tribute to my favorite band, which also happens to be my wife's band. So here's Jennifer, Suzanne, Mark and Brent: justiceplanes. 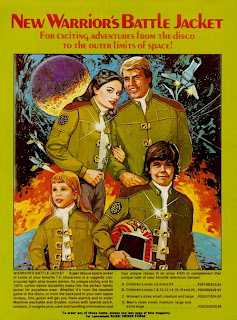 Back in the late seventies, I was a regular subscriber to Starlog, the only magazine that kept me up to date with Star Trek, Star Wars and the other science fiction-y things that so enthralled me. After Battlestar Galactica arrived on the scene, this ad began appearing in the magazine. Cleverly called the Warrior's Battle Jacket, note how it never actually mentions the TV show. But it does let you know how great you'll look in the disco!

I wanted one. Man, did I want one. But they cost a bundle (in 1979 dollars). And since they only ever had this little illustration, never any actual photos of the jacket, I never knew what it would really look like. Would it have that suede look of the ones in the actual series? There was just no way to know.

Yes, thanks to the mighty power of the internet, I've managed to find a photo of one of those jackets. So someone out there actually was able to convince his (and, yes, I definitely mean "his" since there's no way any woman would be seen dead in one of these) parents to fork out the dough. And he kept it through the years and eventually posted a photo on the blessed internet.

So here it is, courtesy of ketzer.com. So it looks a little thin, but I would have worn it to my local disco (if we'd had a disco in our small Iowa farm town).

And here's a more contemporary recreation of the jacket available for purchase. 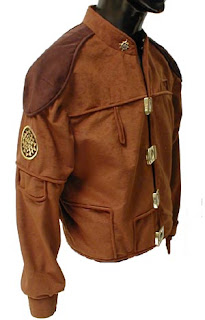 Looks a little more authentic, I guess. Still would look great at the disco. You can buy one for me, if you'd like. Size large.
Posted by That Neil Guy at 9:10 PM No comments:

Gary Cooper vs the RoboCowboys

Posted by That Neil Guy at 6:27 PM No comments:

The King's Most Perfect Song?

which is, perhaps, the King's most perfect song. It's rock, country and disco -- all at once!

What could be better? Okay. Maybe Burnin' Love. Or Suspicious Minds. Okay, there's a bunch. But come on, country disco rock!
Posted by That Neil Guy at 4:13 PM No comments:

On the news that Shatner is releasing a new musical recording (in which he reads Exodus to orchestral accompaniment) here is some more of the sublime stylings of the man himself.

This one's from his most recent album. 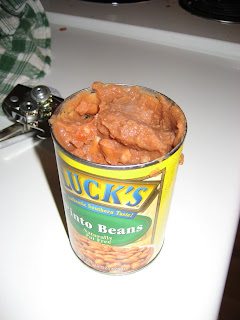 Needless to say, my chili remained beanless.
Posted by That Neil Guy at 9:45 PM No comments:

Posted by That Neil Guy at 8:48 PM No comments:

Posted by That Neil Guy at 8:59 PM No comments:

It Was A Very Good Year

So I'm trying to put together a website for writing samples and such at neilshurley.com.

Yesterday I posted my short story "Commandments" which was originally published in Rosebud Magazine some years back. Go read it if you're so inclined.

Freakily enough, I found out that the story is discussed in the book A Storied Singer: Frank Sinatra as Literary Conceit (Contributions to the Study of Popular Culture)

Leatherheads Starring George Clooney and Me 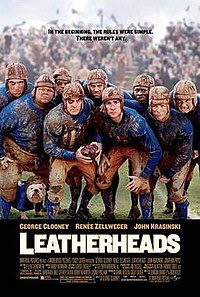 So last year, George Clooney and crew came to town to shoot for a few days. I worked one day on the film and this afternoon Jennifer and I went down to the theater and saw the finished product.

Well, what do you know. I made it in. I'm pretty visible, to myself at least, walking on the sidelines at the end of one scene (it's the scene shown in the trailers involving a ref getting slugged).

Get Yer Stinkin Paws Off Me

In honor of the late Charlton Heston

, one of the great reveals in cinema history, with chillingly fabulous music by the late, great Jerry Goldsmith

Posted by That Neil Guy at 6:50 AM No comments:

Lego Shatner - Then and Now

As if we needed more proof, but some people 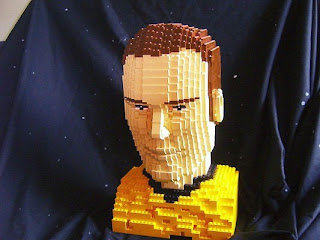 have way too much time on their hands. 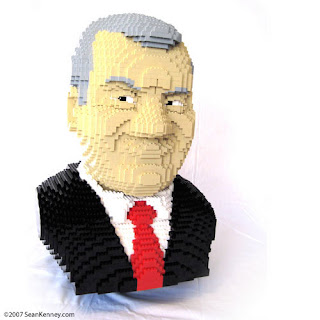 Posted by That Neil Guy at 6:23 AM No comments: