They're making a movie out of this. With Wil Farrell in it. That can't be a good idea - can it?

Posted by That Neil Guy at 7:02 PM No comments:

Posted by That Neil Guy at 7:13 AM No comments:

A couple days ago, Charlotte blogged about some cheesy movies she liked and included Buck Rogers on the list.

Ah, Buck Rogers, a favorite target of the science club nerd wrath of my friend Taryl Jasper and I. I once gave him a paperback copy of a Buck Rogers novel and he responded by flinging it across the room.

Space was never so spandex-y as in Buck Rogers and it got worse in its second season by becoming just tedious instead of disco space fun.

So on the heels of the announcement from Intrada that they're releasing the soundtrack on cd, I thought I'd look it up on Amazon since I know they released the series on dvd a while back. Imagine my shock when I saw the price.

Or, as Twiki might say, "Biddy biddy biddy Buy it Now, Buck!"
Posted by That Neil Guy at 7:01 PM No comments:

Posted by That Neil Guy at 8:54 PM No comments:

This Week in World Robot Domination

Blogging is fun and it can even be useful in a number of ways, but it can also be the writing equivalent of empty calories. It feels like real work, because you’re typing and all, but at the end of it you haven’t written any pay copy, and you’re no closer to something you can submit somewhere than you were when you began. You haven’t done work, and ultimately work is what you need to be doing, if you’re planning to make a go at being a fiction writer.
Posted by That Neil Guy at 8:40 PM No comments:

A Sense of Place

Place three grains of sand inside a vast cathedral, and the cathedral will be more densely packed with sand than space is with stars.

Posted by That Neil Guy at 9:56 PM No comments:

A Short History of Myth

As the title suggests, it's a brief overview of the role mythology has played across human history. Our discussion, led by a local arts writer, focused primarily on the final -- and most interesting -- chapter, the way myth has essentially vanished over the past few hundred years and the idea that art, in the form of novels and film in particular, have taken over the role in our modern society. Armstrong sees a need for myths as a way to grapple with universal truths. Myths aren't meant to be taken literally, but as extended metaphors to point us toward truth. These days we tend to seek rational explanations over mythic adventures to help us make sense of our world, and many times that's just not enough. The problem as she sees it now is that we tend to look for heroes as we've always done, but now we just want to revere these heroes -- think Elvis and Princess Diana and such. "The myth of the hero was not intended to provide us with icons to admire," Armstrong writes, "but was designed to tap into the vein of heroism within ourselves. Myth must lead to imitation or participation, not passive contemplation."

So does this mean that those folks out there who start Star Wars based churches and Star Trek based dental offices are just tapping into a deeply rooted human need to live out our myths?

The artist who did the image above has way too much times on his hands.
Posted by That Neil Guy at 7:49 PM No comments:

song as his ringtone. I immediately thought, Wow! If I knew anything about how to make a ringtone somehow get onto my phone, I'd steal that idea.

Then, of course, I started considering other snippets of music I might enjoy having as a ringtone. This one could be fun.

Does this one ring any bells with you? (Ha! Get it?)

What about this one? Bring back any memories?

How about that opening riff from Smoke on the Water? Geez, there's a million of 'em. I guess that's why these kids today get these ringtone things. Maybe a regular old phone ringing sound would be best...
Posted by That Neil Guy at 6:57 PM No comments:

Star Trek and the Holy Grail

Reflections on the Year of Living Biblically

I started this blog in January to document the growth of my beard, as inspired by the book I taught for a Sunday school class.

I originally thought I'd have a hard time dragging the material out over an 8 week span, but as it turns out, I took it slowly and used each class as an occasion to ponder some of the questions raised in the book.

A.J. Jacobs, a writer for Esquire, decided to spend a year trying to follow every rule in the Bible as literally as possible. His previous book, The Know-It-All: One Man's Humble Quest to Become the Smartest Person in the World

, consisted of him reading the encyclopedia from A to Z, so this was obviously another stunt book. Jacobs grew up as a very secular Jew. As he notes in both books, he is Jewish in the same way that the Olive Garden is Italian, which is to say, not very. So his approach to scripture came from that of a secular Jew -- much more mindful of the Old Testament than the new. Of course, the Old Testament also includes the bulk of the 'rules' so that worked out pretty well for him. This approach also appealed to me since one of the reasons I picked up the book had to do with a question I've long pondered. That is, how should a thoughtful Christian approach the Old Testament? How is it that certain fundamentalist types can point at passages in Leviticus to justify mistreatment of homosexuals, but completely fail to mention the passage on the very next page that bans the wearing of mixed fibers? Why is it okay to hammer a copy of the Ten Commandments on your lawn but completely ignore the laws that come immediately after those ten? Shouldn't it be all or nothing as far as Old Testament rules are concerned?

Of course, most modern Jews don't even follow all the laws in the Bible, and most of those for good reason. But there are still plenty of things in there that could potentially be followed but are instead conveniently ignored. So, I hoped that following Jacobs' journey through biblical literalism could help me grasp the essential dichotomy between Testaments. During the class, I basically traced Jacobs' adventures, sometimes just discussing what happened but frequently stopping to try to discuss the larger questions his actions brought up. In the end, we were able to decide, much like Jacobs did, that it is impossible to follow the Bible literally. Everyone interprets the Bible. It's part of the beauty of the book. It's not a static rule book. It's a way for God to speak to you, not a flat recording of God's actions in the past.

Jacobs didn't end up becoming religious after his year, but he did become more aware of the power of giving thanks and also learned to appreciate, I think, the difficulty and power involved with making our own decisions, with having free will. When he stopped living a life of trying to follow a list of over 700 rules, he felt overwhelmed with the many choices he had to make in the course of a day. It can be paradoxically freeing to be bound by rules.

It's a fairly light book, an easy read, but if you approach it thoughtfully, it can really raise some interesting questions. And it explains that ban on mixed fibers -- well, it explains it as much as anyone can explain it nowadays.
Posted by That Neil Guy at 8:38 PM No comments:

I use Tom's Natural Toothpaste

for all my toothbrushing needs. It's pretty expensive at my regular grocery store. So when I saw it for a bargain price at Target, I bought two tubes. Unfortunately, those two tubes turned out to be Tom's Gel rather than their regular toothpaste. When I tried the Gel for the first time, I immediately tasted my mistake. Nasty is hardly the word for the bitter, evil taste embedded in this stuff. Their regular toothpaste is refreshingly lovely, but this gel was just plain evil.

I mentioned this incident to Bob and, when I told him I'd tossed the open tube of gel in the trash, he immediately suggested that maybe it would be better if I brought the tube to the shop. Seems he had an idea of what he'd like to do with a tube of toothpaste. I figured that his idea might be entertaining to watch and suggested we stage a battle between the thing Bob called his Kung Fu Chipmunk and my tube of toothpaste.

Jonathan Coulton on Presidents and The Future

An informative song by Jonathan Coulton

, oh so apropos this year.

My favorite Coulton song is The Future Soon

which, as Homer Simpson might say, is funny because it's true. It's like experiencing my middle school years all over again.

Here's a video for that song. The video is, well, I guess based on one of those game thingees them kids today are always playing so I don't understand it all myself, but the general idea is there and the actual song is still terrific. 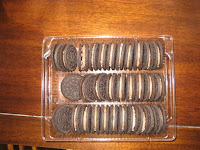 I bought a package of tasty Newman-O's

Emma and I each had one before Jennifer opened up the bag and called our attention to it. She ordered us to stop eating and asked us to examine the cookies a little more closely. 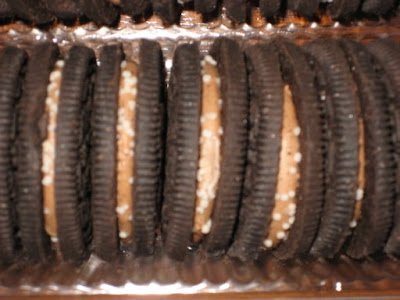 Seems there were some kind of pustules on my cookies. Turns out the bag had a sell by date of Dec 2007. Hmmm.

The Life and Death of a Beard

Posted by That Neil Guy at 1:06 PM No comments:

If Star Wars Had Been Made 20 Years Earlier...

Posted by That Neil Guy at 1:04 PM No comments: 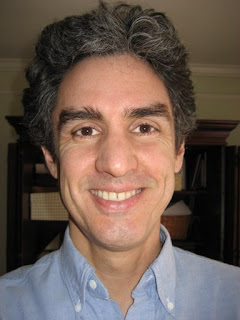 Posted by That Neil Guy at 4:42 PM No comments: 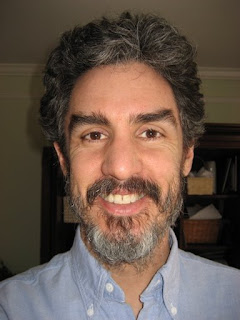 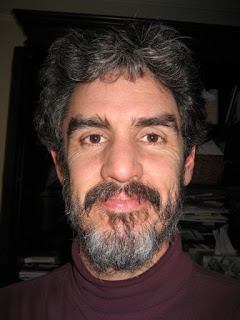